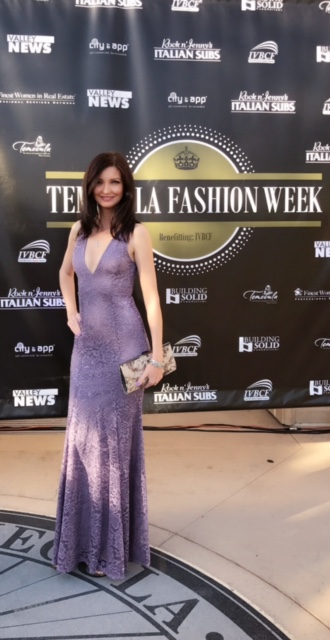 Katrina Liu was born and raised in Moscow, Russia. At a young age she made her own fashion shows in her parents’ Moscow apartment for her parents and relatives. Katrina remarks “I went through my Mother’s and my closet, combining dresses with pants and sweaters with skirts to make the selections and cat-walked  between corridors of our apartment.” Back in the beginning 1990’s, when Russia was still under Soviet Union, it was an unrealistic dream for small Russian girl to go into fashion modeling. Her parents were very strict and would never consider to let their daughter to become a model. After the Soviet Union collapsed in 1991 and Perestroika lifted up the Iron Curtain and opened up the borders, the social environment and people’s perception of Western culture had started to change. One day her Mom came home from work, knowing Katrina’s dream, told her about one of the most prestige Moscow Modeling schools on Kuznezkiy Most which started to accept young girls for model training. Katrina was very excited about this new opportunity. Without telling her Father, Katrina’s mom took her there for interview. To the surprise for both of them, Katrina was accepted at the first trial. After two months of training, she moved on to the next step and was accepted at the modeling school run by Mr. Slava Zaitsev –  a well-known Russian Designer which dressed all the celebrities and political leaders of Russia at that time. In August 1997 Slava Zaitzev hosted on of the world most prestigious modeling competition “Elite Model Look”. Out of thousands of girls in the competition, Katrina was chosen to the final 10. During the final competition in Kremlin, she got in to the final round of 5 girls and was invited to work for Red Stars Model Agency which was the #1 Modeling Agency in Moscow at that time. The agency had been working with all the major magazines and designers from all over the world. Katrina started her modeling career when she was 14. During the ensuing years she had successfully worked with the most famous Russian and European designers and photographers. She continued her modeling career with Fashion Model Management Moscow and by the age of 16 she moved to Milan and continued to build her career in Paris, London, New York and Los Angeles.

She has had the privilege to work with Georgio Armani, Mikhail Koroliov, Slava Zaitzev, Valentin Yudashkin, Yulia Nikolaeva, Alisa Tolkachiova, Jean-Lous Sherrer, Lecoanet Hemant, Balenciaga and Kenzo, … etc. Katrina had appeared in editorials and beauty sections in many leading fashion magazines such as Cosmopolitan, ELLE, Harpers Bazaar, Vogue, L’Oficiell. She also had been the Representative Face Model of Schwarzkopf Russia. (www.katrinaliu.net.)
During her modeling career, Katrina never forgot to tend to her education and she graduated from Moscow Humanitarian University where she studied international relationship. In 2004 Katrina moved to Los Angeles, got married, started a family and began her business career in dealing with luxury real estate, yachts and contemporary art. She is a vice president of InvestorsAlly, a prominent real state, yacht brokerage and a fine art dealer.
Since modeling has always been her passion, she continues to work in modeling assignments on a part time basis in Hollywood. Whenever she is not cat-walking on the stage, Katrina enjoys spending time with her husband and their three kids at home.